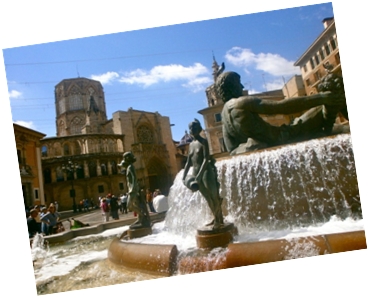 La Basílica de la Virgen de los Desamparados.Dedicated to the patroness saint of the city, built in the XVII century in baroque style.

The Cathedral, mainly in gothic style, with laters in which we will see the superposition of different times and styles. Inside there’s the altarpiece painted by Fernando Yánez de la Almedina, disciple of Leonardo Da Vinci; the Holy Grial chapel; the saint Francisco de Borja chapel with paintings of Goya and the Miguelete, the tower of the Cathedral. 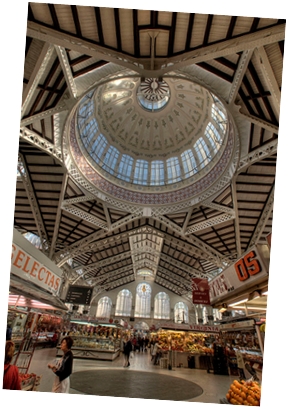 El Tribunal de las Aguas (the Water Court). Its meetings take place every Thursday from more than 1000 years ago at the gothic façade of the Cathedral.

La Plaza Redonda (the Round Square), with sale’s stalls and a fountain in the centre. As a curiosity we will see the narrower building in Europa.

Mercado Central (Central Market), a modern building and one of the biggest market in Europe.

Tasting of local products at the end of the visit with red wine, orange juice, cheeses, cold meat and cured jam of the Region of Valencia.

Panoramic view walking of the Arts and Sciences city, located in the old riverbed. Its surface is about 350.000 m2. Two architects have designed this great project: Santiago Calatrava designed the Palau de les Arts, L´Hemisfèric, the Science Museum “Príncipe Felipe” and L´Umbracle.

Félix Candela made the singular roofs of the mainling buildings of L´Oceanogràfic.

L´Umbracle was conceived as boulevard and a viewpoint with the “Sculpture´s avenue”.

The “Príncipe Felipe” Museum, the first model in the world of science museums of the XXI century.

The Hemisfèric simbolizes a human eye, called The Universe Eye too. 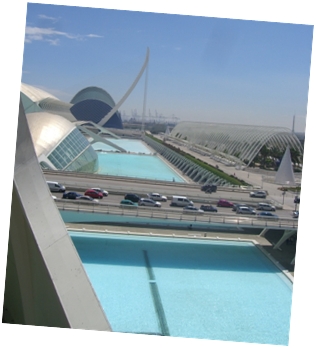 We will visit the Palau de les Arts Reina Sofía, its most important spaces, the stages, etc.

Guided visit in the Oceanogràfic, the biggest aquatic park in Europe. Conceived as a natural park, it has many important ecosystems of the world. 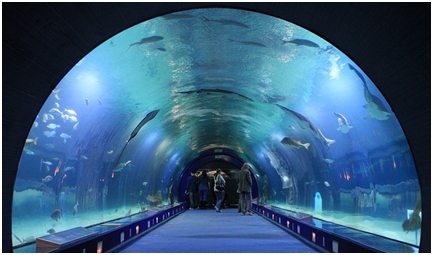 o   Guided visit in the Fallero Museum. It has all the saved art pieces reprieved from the fire since 1934, photos, posters and many other elements of the history of the Fallas. Possibility to do a Fallas workshop.

Departure to the Albufera. Located at 17 Km from the city centre of Valencia city, La Albufera represents one of most outstanding landscape environments. This environment was declared a Natural Park in 1986.

We will enjoy the opportunity to take a ride in a rowboat and make headway into some of the hundreds of lake canals and we will visit a traditional adobe house (“barraca”) where we will know the traditional ways and tools to cultivate the field. 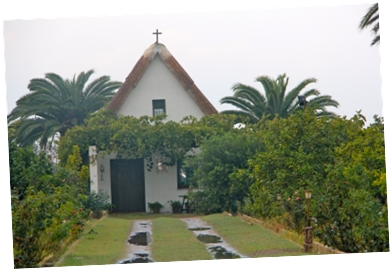 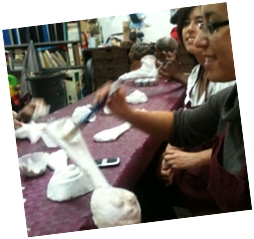 La Albufera is the reference point for anyone who wants to witness the most beautiful sunset and admire one of the most enchanting sites in the district of Valencia. We will reach El Palmar where we can have lunch in one of the numerous restaurants, most of which are related to the Albufera canals, and which offer a wide selection of paella, the most traditional being the chicken, rabbit and duck paellas and the eel all i pebre.

Optional: lunch in El Palmar with a workshop of paella competing in groups and with all the material needed to cook the best paella tasting the traditional Valencian dishes and their way of cooking.

We will enjoy a panoramic along the seafront.

Guided visit in the Port America´s Cup and the Urban Circuit of F1. Valencia was on 2007 the host city for the America´s Cup, one of the most important international regattas with 154 years of history. It will be interesting to analyse the great transformations of the port of city in order to be prepare to this great competition.

The new infrastructure in the harbour port for the event is a brand new 700-berth marina right at the heart of the Cup action. 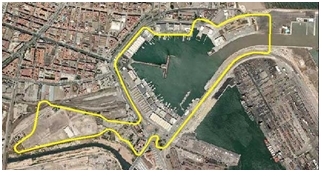 We will also enjoy a short journey by sea of an hour, to see the boat race course and our beautiful beaches.
The Harbour Sheds, the modernist decoration is noteworthy.
New modern buldings, gardens, boulevards with fashion restaurants and bars and the opportiunity of Sailing around the port while you enjoy an appetizer is our offer.
Also we will know the Valencia Urban Circuit of Formula 1 Gran Prix of Europe.

Meeting with the group. We will pick the bikes up and we will go through the ancient Turia´s riverbed having a sightseeing of:

One of the most important gardens is the Nurseries Garden or Royal Gardens, “Jardín de Viveros o Jardines del Real”. Its origin is from the Muslim period. Inside there is a palace used by the kings since the XIII century. There are different sculptures and fountains in addition to its gardening.

Palau de la Música. Built in 1988 with the predominance of glass.

Along the route we will see different and characteristic bridges.

End of the guided visit at the Arts and Sciences City, located in the old riverbed.

We will enjoy a delicious dinner with authentic Spanish taste and all the flamenco magic with a unique show of high scenic quality and of interpretation.

old town of VALENCIA with gymkhana “THE TIME MACHINE”

Valencia has built his caracter throughout the time. Each century has left its mark in the city and its inhabitants. So we invite you to to immerse yourself in its history to live and know it.

Cross our river and into this ancient city to enjoy a unique adventure.

In this journey you will find new companions with whom you will have to team up to open the door of our time machine with which travel to different eras, living their most interesting moments as:

o   Valencia of the 21st Century

You will find yourself immerse in different adventures and you will have to fight with your battalion to return to the present time.

o   Lunch in a restaurant.

Monuments to visit during the Gymkhana: some of the monuments in the Old Town. 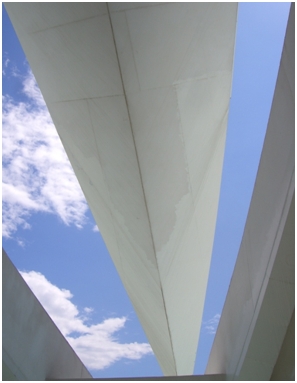 THE MODERN VALENCIA OF THE 21ST CENTURY: CULTURE AND SENSATIONS

o   Meeting with the group and transfer to the City of Arts and Sciences with a sightseeing tour.

o   Beginning with the Gymkhana:

They could move through the buildings of the City of Arts and Sciences optionally by segways.

Optionally we could record the photographs and adverts in USB and give them to the participants.